My travel pics and stories

A short but nice weekend in Batak and nearby lake Beglik. 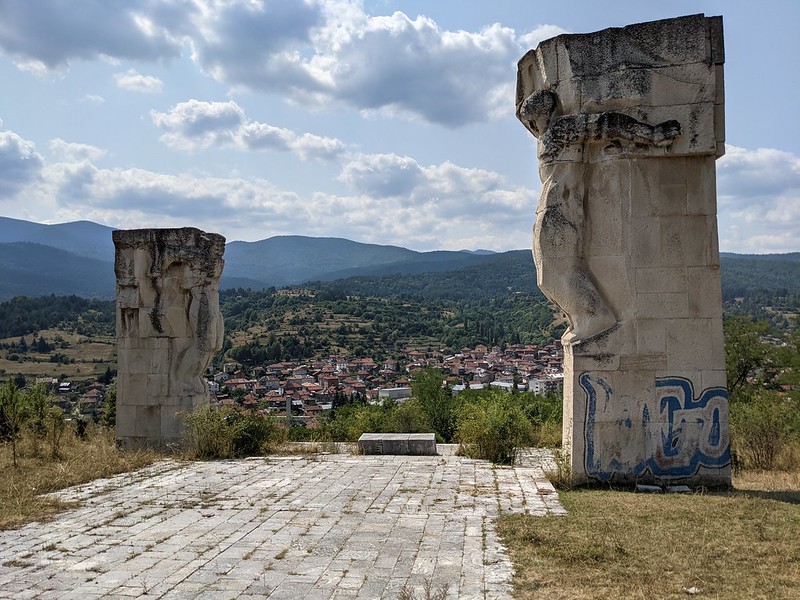 As seen from a monument above the town. 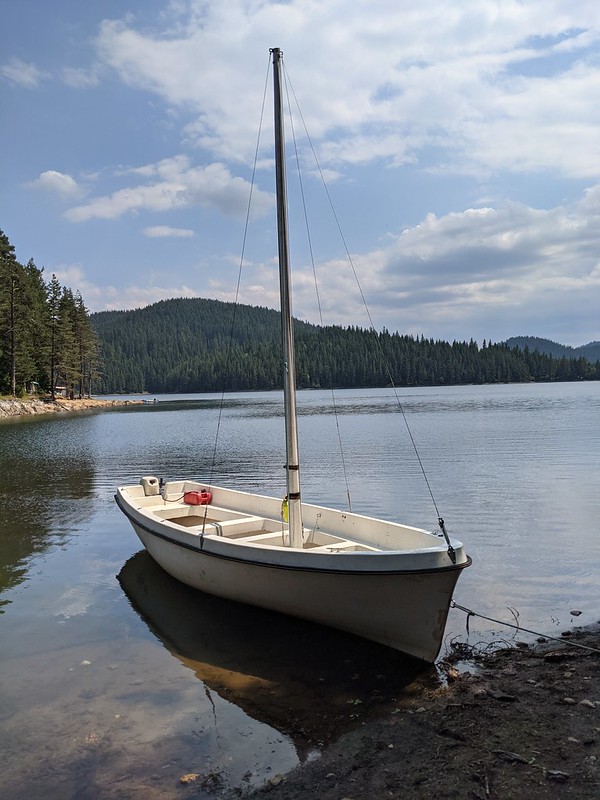 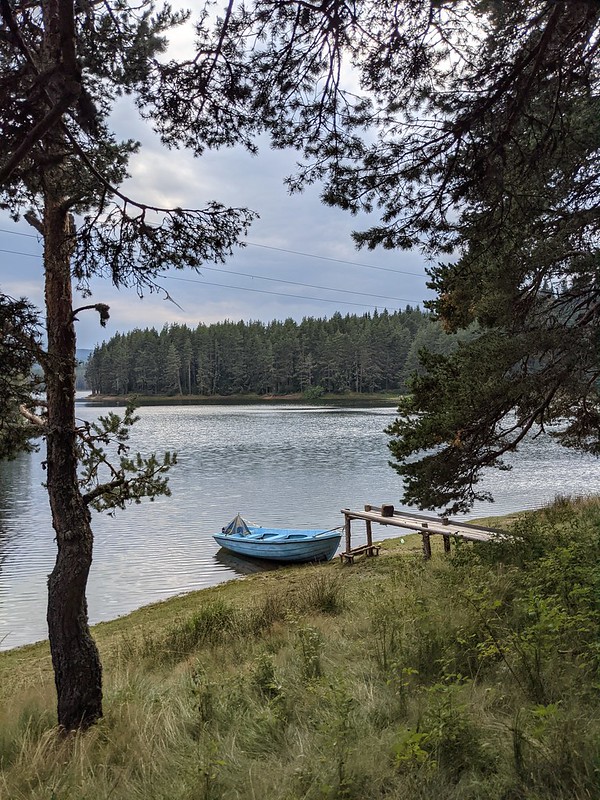 On the weekend we were in Oostduinkerke and were lucky enough catch some of the shrimp festival, before the downpours had everyone packing for home.

After almost a year away due to the ongoing pandemic, we finally returned to Plovdiv for a week in May. The city was as lovely as usual, especially in the central old town area. Here are some photos of the city from the trip.

The word Kapana means "trap" in Bulgarian. This is a beautifully restored quarter of small winding streets in which it is easy to get lost - or trapped. Only a few years ago this area was dirty and run down. It has now been restored and largely pedestrianised, full of little shops, cafes, restaurants and pubs.

Whilst reading an article about glaciers receeding in New Zealand, I thought this photo looked strangely familiar.

The reason it was strangely familiar being that I didn't remember the snout of the glacier to be so far up the hillside as in the photo of 2016. So I dug around in my albums on Flickr and indeed, the snout had receeded a worrying amount in just under 20 years. So I did some amateur environmental change analysis and added some date lines to my photo:

This may or may not be due to human made climate change, but this does show the changing climate on a personal level to me. Nature is not always as you might remember it, but changing all the time, for better or worse.

Today I went for an afternoon out in Metz, accidentally drove straight passed it (talking too much) and ended up in the charming Pont-a-Mousson by chance. It looked like your average french small town with a central square, containing a stage, surrounded by old houses with smoke filled cafe terraces at street level. Just to emphasise the frenchness, a boy carrying baguettes in a paper bag was crossing the road... The only oddity was the number of bikers riding through town on Harleys. Turns out there was a festival of US motorvehicles in town, whilst just down the road, the town was also organising a rubber duck race in a local stream flowing into the Moselle. To top off this improvised visit we drove to have a look at the Mousson castle ruins up a hill across the river. All very lovely on a hot August day. Sometimes it's worth taking a wrong turn I guess! (just don't visit the public toilets :-) )

This is an old post (from around 2003) from an old site of mine, which I am resurrecting here. So apologies for the rather lo-res images. But 15 years ago, that was state of the art for web publishing!

The first thing that struck me on arrival in Madrid was the relaxed nature of everything, especially for a capital city (compare London!). The second thing was the amount of people on the streets at midnight - it was a Tuesday! I knew I was going to like this place.

I travelled to Prague by train from Munich (I was studying here at the time) to join my brother and friends on an easter holiday. We stayed in some student halls of residence, which were empty during the holidays and crammed about six of us into a room for four. Prague is certainly a very beautiful city and also very lively. At the time I went it was also extremely cheap (although had become quite expensive since my brothers first visit - this being his fourth). I would guess that nowadays central Prague, once attracting tourists seeking a cheap holiday, has turned into a typical european tourist city - with prices to match, although still reasonable. But venture slightly out of Prague and the prices quickly drop.

Arriving in Rome, I met up with my friends in our hotel on via Nazionale, just round the corner from the train station on saturday afternoon. I mention this only because they had been "charged" 40000L (=£15) for the 300m cab ride! They had then paid 13000L each for a coke and ice cream in the cafe opposite!!! An ominous sign of things to come.
I returned to San Francisco barely two years after visiting the place as a backpacker, but this time as tourist with loads of money (relatively). I met with various friends who had come from Hong Kong and England, myself having flown in from Germany. And it was kind of creepy, because not much had changed in the place and it felt like I had only been there two days ago.

Paris for free and in a day.

Spending easter in Brussels I decided to go to Paris for a day, a city I had never seen before. So I bought myself a one day return ticket to Paris on the TGV, boarded it at 9.30 am in Brussels and was in Paris before 11am, arriving at the Gare du Nord. From here I, unknowingly, set out on what became a seven hour trek around Paris.

I've moved over a couple of very old posts on Bulgaria from my old site to this blog as part of my task to centralise all my web content. These posts were written during my first visit to Bulgaria: a one year failed attempt to make it my home in 2003.

It's been almost 15 years since I embarked on a 7 month round the world trip. I wrote up my entire trip shortly after that, but the old site is now in danger of being lost as it is not maintained by me anymore. So I have moved all my writings from there into this blog, dated round about when I wrote them originally.

If you can lie down without holding on, you're not drunk.

Saying in an Irish Pub.
(Absolutely nothing to do with Bulgaria, although given the amount of rakia they drink, quite appropriate!)

Bulgaria is a beautiful, small country in the south-eastern corner of Europe. It has a population of some 8 million people and borders on Greece, Macedonia, Serbia, Romania and Turkey, as well as the Black Sea. Few people seem to know much about Bulgaria, which is surprising, given its rich history and interesting culture.

Here were some photos of Camden, the area I lived in for the best part of two years. A more bizzare, interesting, diverse and touristy place all wrapped in one is not known to me anywhere on earth. It is unique.

The first thing that struck me on arrival in Madrid was the relaxed nature of everything, especially for a capital city (compare London!). The second thing was the amount of people on the streets at midnight - it was a Tuesday! I knew I was going to like this place.

You fly off to a strange land, eagerly abandoning all the comforts of home, and then expend vast quantities of time and money in a largely futile effort to recapture the comforts that you wouldn't have lost if you hadn't left home in the first place.
Bill Bryson, Neither Here Nor There

Reverse Culture Shock - I believe is the correct term. I arrived in KL and got picked up by my friend at the airport, who drove me to my accommodation. Now, it just so happens that my mates family own a very successful chain of hotels (Grand Continental) across Malaysia. So when I walked into my new room, I didn't walk into some drab room with insects crawling around the floor, as had been the norm for the last 6 weeks. Instead I couldn't believe my eyes when my mate showed me into one of the hotel's suites. I didn't even dare sit down. Eventually my mate convinced to take a seat, so I cautiously sat down on the edge of the bed. Wow!