On the Wednesday, we headed to the Eden Project, about an hour's drive from where we were staying. This is research project aimed at helping to maintain the world's biodiversity through education and sparking an interest in unsuspecting tourists! It's a well thought out project, built in an old quarry. It has two domes, one dedicated to the Tropics and the other to the Mediterranean.

Visiting the Eden Project makes a lovely day out, where you might even learn a thing or two. For example that residents of Luxembourg eat 90 kilos of oranges a year, compared to 40 in the UK. Or that Hawaiians traditionally think of the past as in front of them because they can see it. Whereas the future is behind them, which they can't see. So we learn from the past to step into the future. 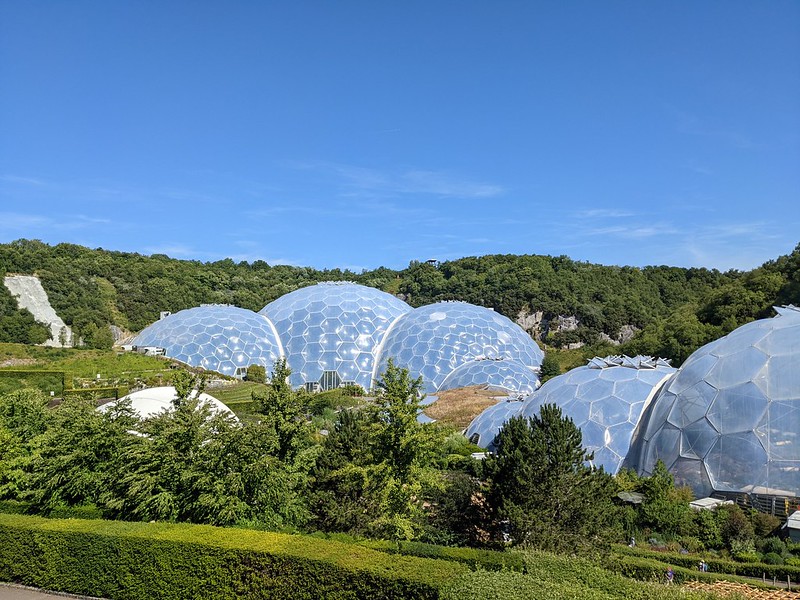 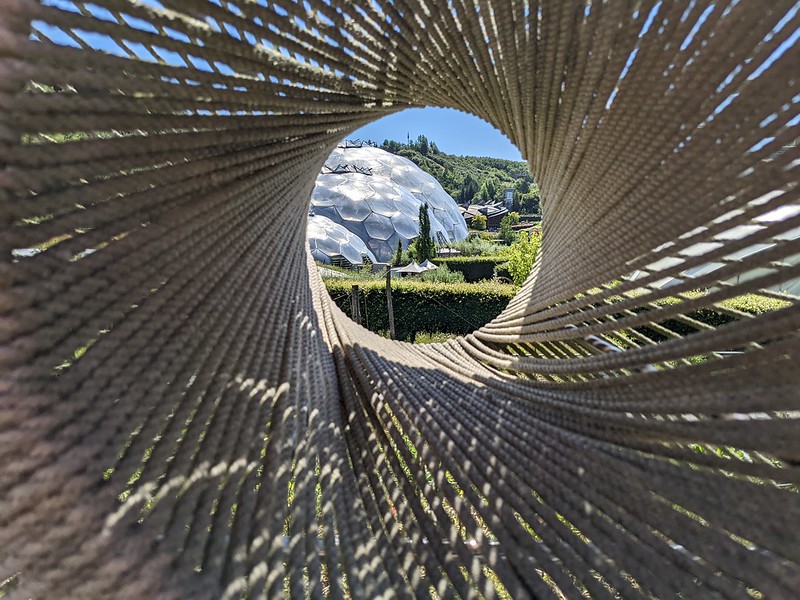 At the same place, but separate to the Eden Project is "Hang Loose" containing lots of activities for wannabe adrenalin junkies. Our kids went on the zip wire, which at speeds of up to 65mph is the fastest in England. Of particular interest was this sign: 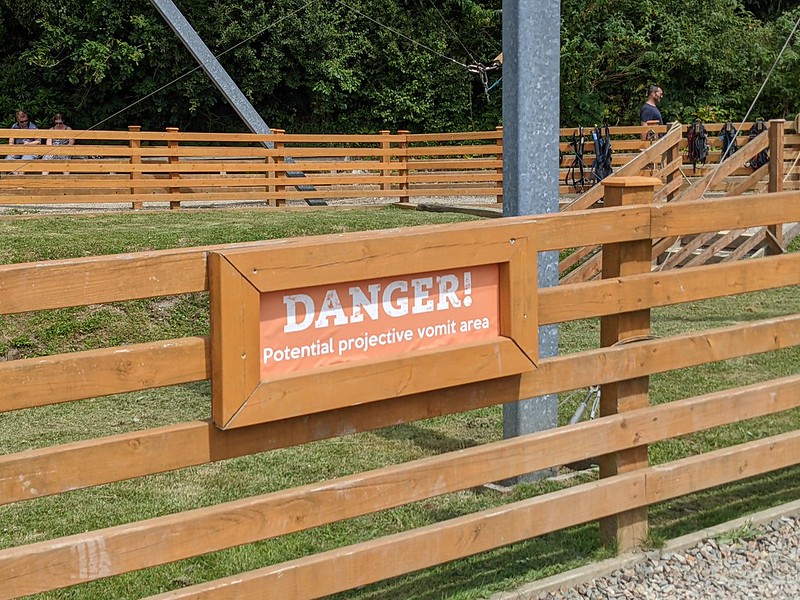