We arrived in Paris late afternoon on Saturday. Our hotel was about 20km to the south of Paris, chosen because it had free parking and was a rather miserable affair. Whilst everything was OK, the room was tiny, the beds were poor and the bathroom squashy. But it was cheap and close to public transport to get us into town.

So on Sunday morning we headed into town. First we had to get the tram line T7 from Moulin Vert and then switch to the metro line 7 at Villejuif Luis Aragon. Or that was the idea. Unfortunately the metro line was blocked due to a broken down train, so what should have been a 40 minute journey into town took about an hour and a half.

We started our journey at the Jussieu metro station and headed towards the pantheon. 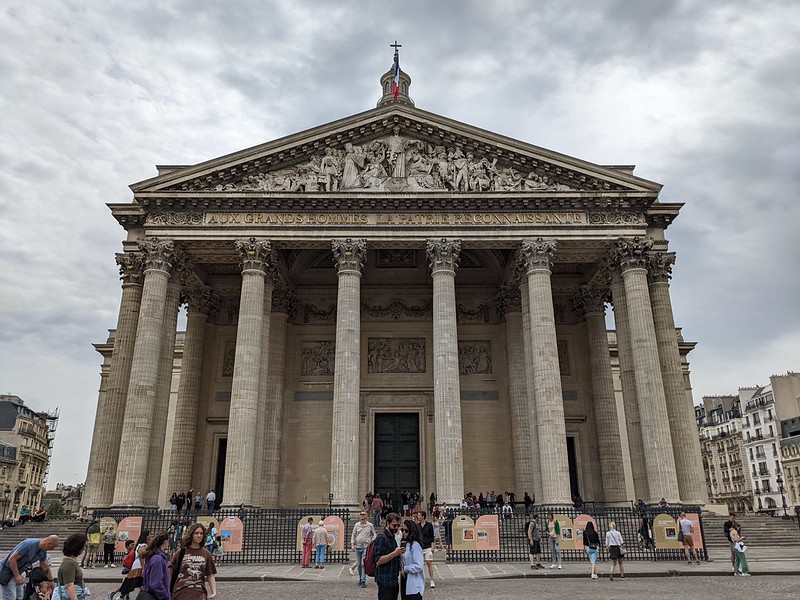 After the pantheon and a first glimpse of the Eiffel Tower, we headed towards the Notre Dame cathedral. This lead us past a flea market selling all sorts of worthless overpriced junk. 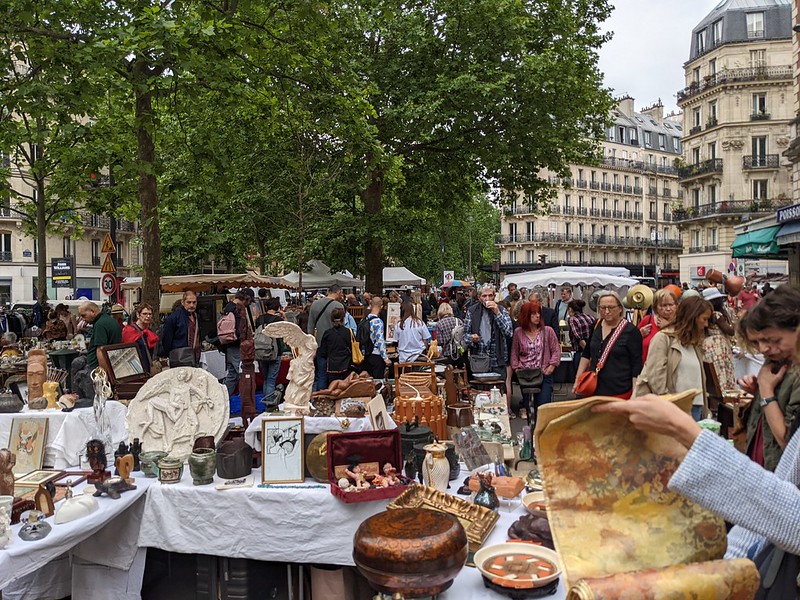 The Notre Dame was still being repaired following the fire in the spring of 2019. So we couldn't go in, or even get too very close to it. It still remains an impressive cathedral sitting in the middle of the Seine. 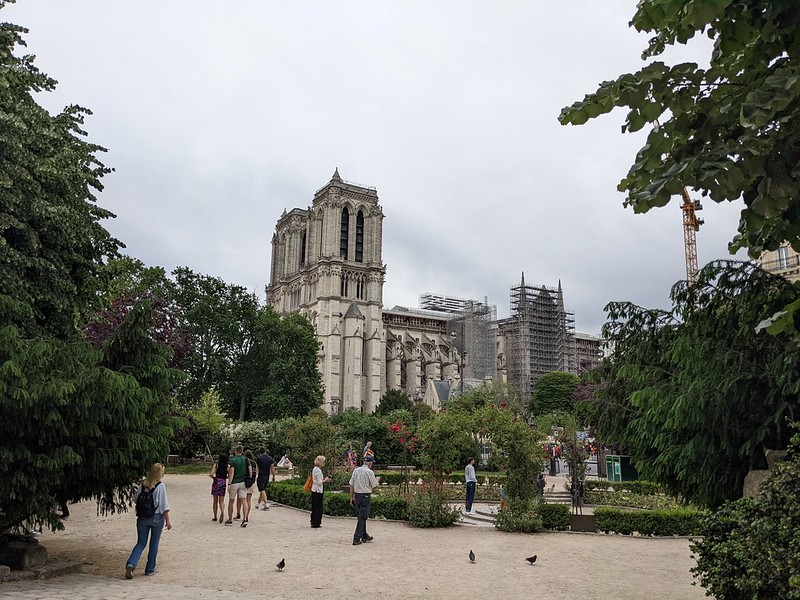 Next we headed to the Louvre, the world's biggest museum. We skipped going in, deciding that deserved a holiday in itself. Mona Lisa will have to wait. 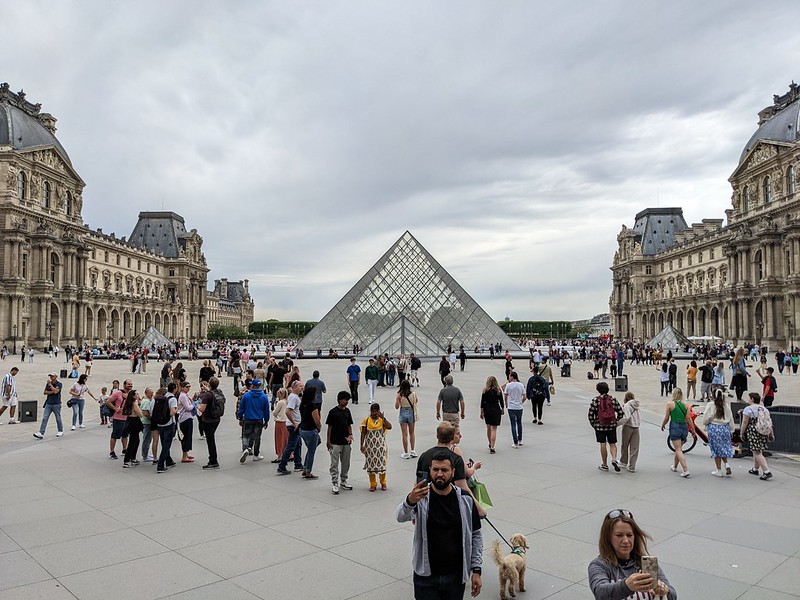 We continued on through the park, past the place de la Concorde and onto the Champs-Elysees. 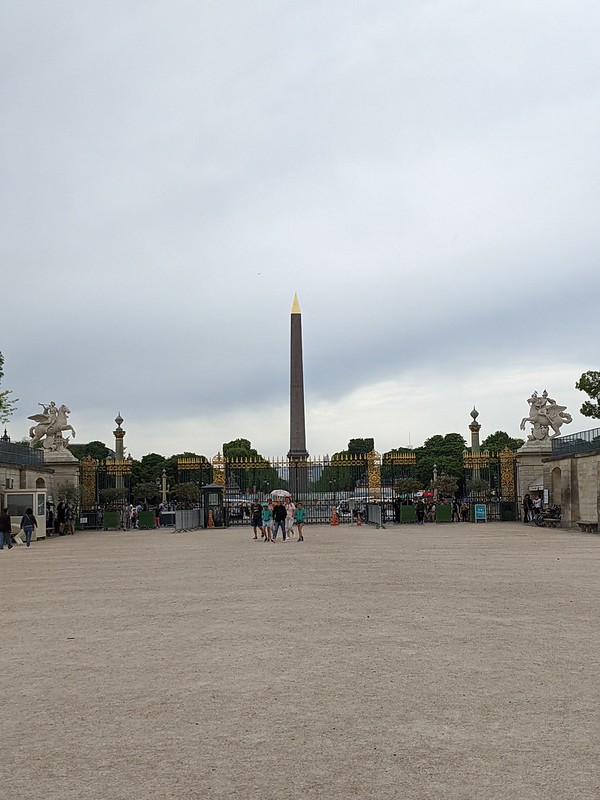 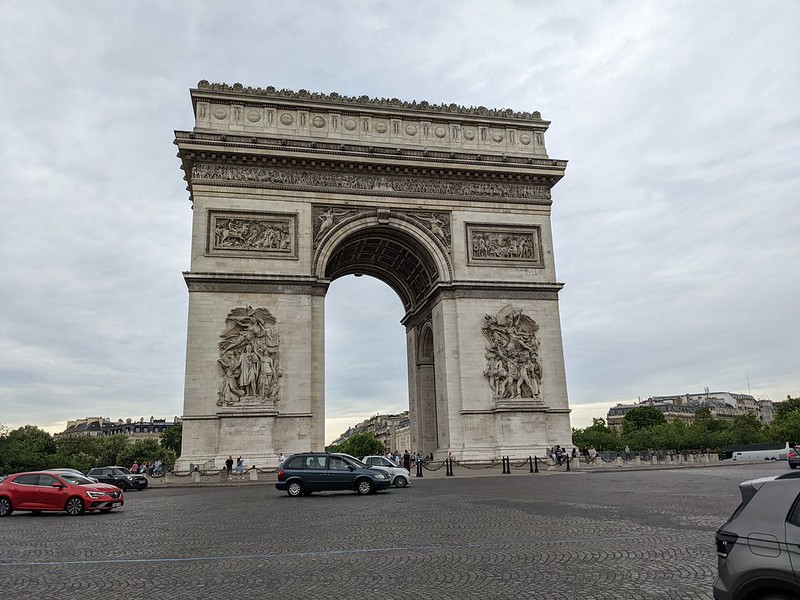 We got to the roundabout in the centre of which is the Arc de Triomphe. It is certainly an impressive monument. We used the underpass under the roundabout to get to it and strolled around the bottom of it for a while.

Next we headed to the Eiffel Tower. This led us past a statue of George Washington. So much for freedom fries. 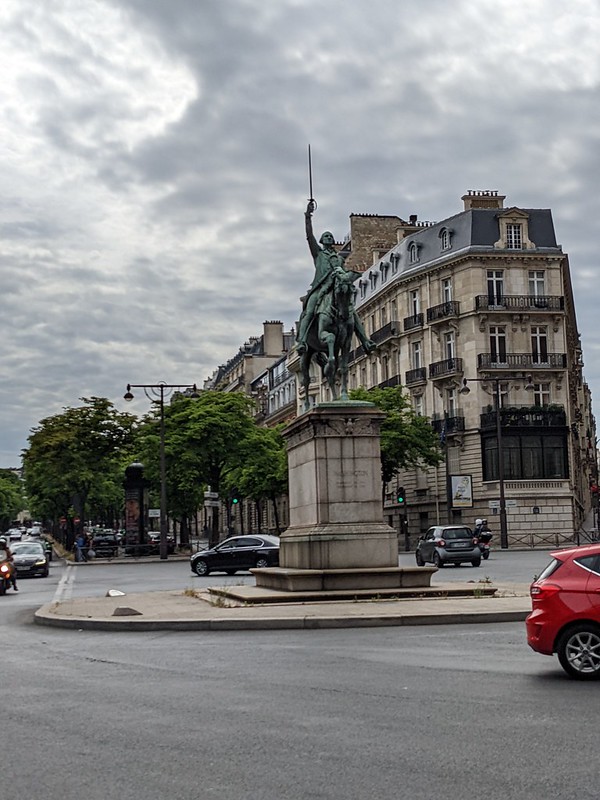 Finally we reached the Eiffel Tower, just as the sun decided to make an appearance on what had up until then been a rather grey affair. 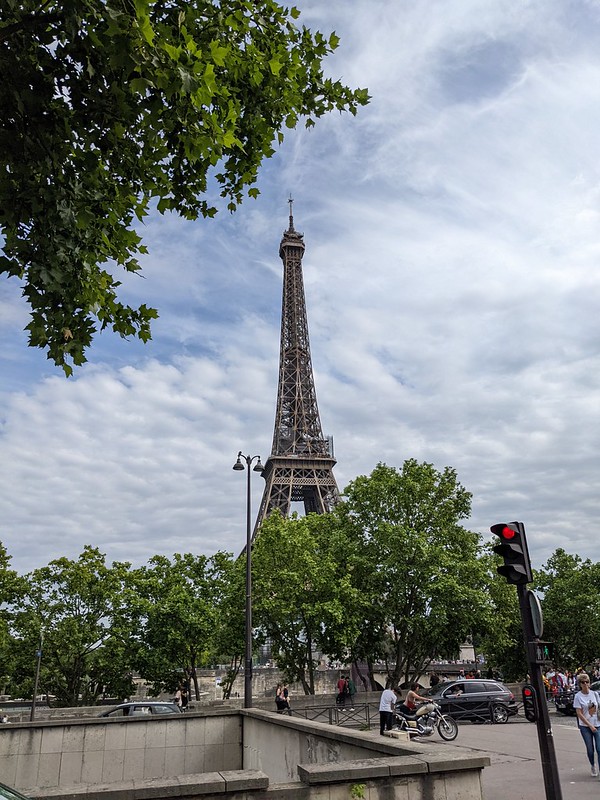 The Eiffel Tower really is impressive in its size compared to the rest of Paris. It sticks out like sore thumb, but a magnificent one! As you get close, the size becomes ever more apparent, until you are staring one of it's arched feet and feeling truly insignificant. 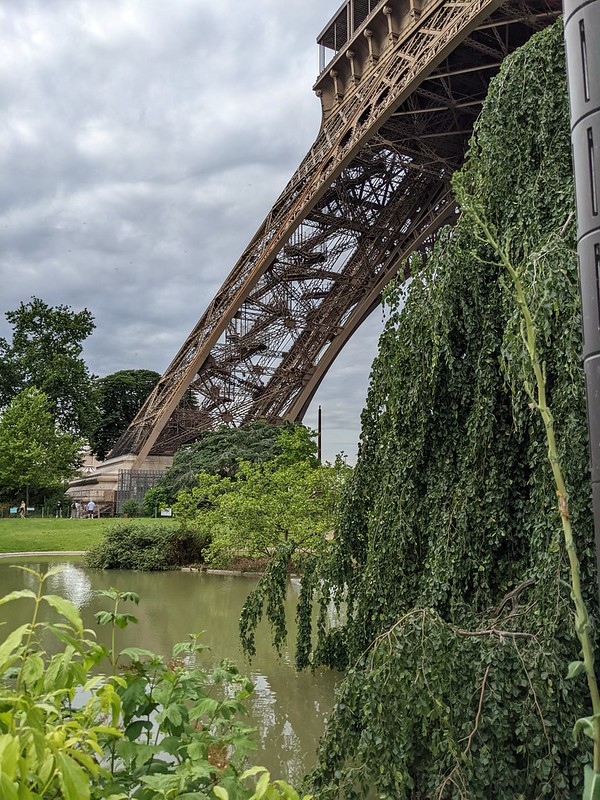 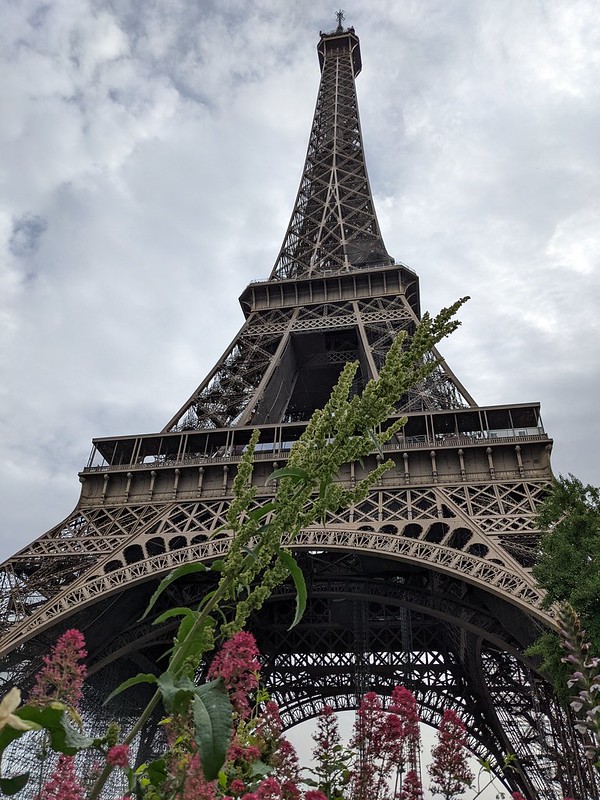 We finished the day's sightseeing with a coffee at a café in the gardens of "yet another museum" in Paris. In front of us was an elderly couple sharing a cocktail, with the man not letting go of the glass desperate for a drink and the woman making sure he does not drink it all himself! 🙂 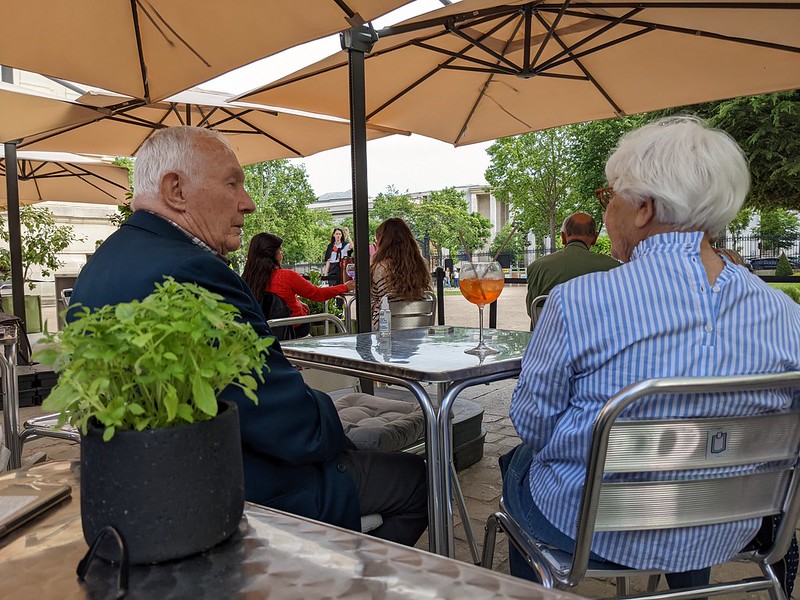 And so concluded our first day in Paris. We headed back to our hotel with yet more disruptions on the metro, arriving there around 10pm. Next time we will go by train to Paris and book a hotel in the centre, but this time we needed the car to carry on our journey after visiting Paris.