We had one-day tickets to the Rock Werchter 2022 festival, just north of Brussels. These were a birthday present to my daughter, for the day when Twenty One Pilots were playing.

I'd not been to a festival in a long time, so wasn't sure what to expect. The event was well organised, easy to get to (even if the parking was quite far from the site) and very much fun.

We got there just in time to watch the last few songs of Måneskin on the "Main" stage from a distance at around 4pm, which proved to be a good start to the day. 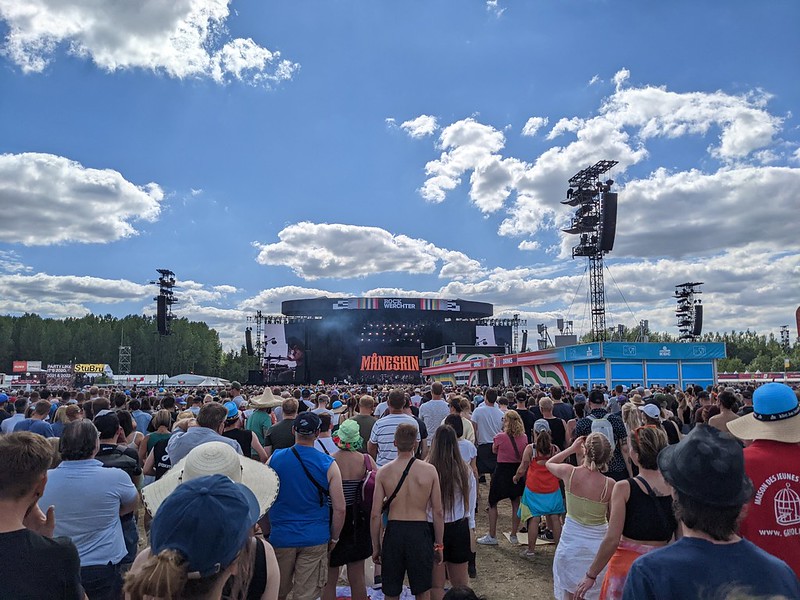 Then we walked around a bit to explore the festival site and stopped to watch The Faim play on the "Slope" stage. 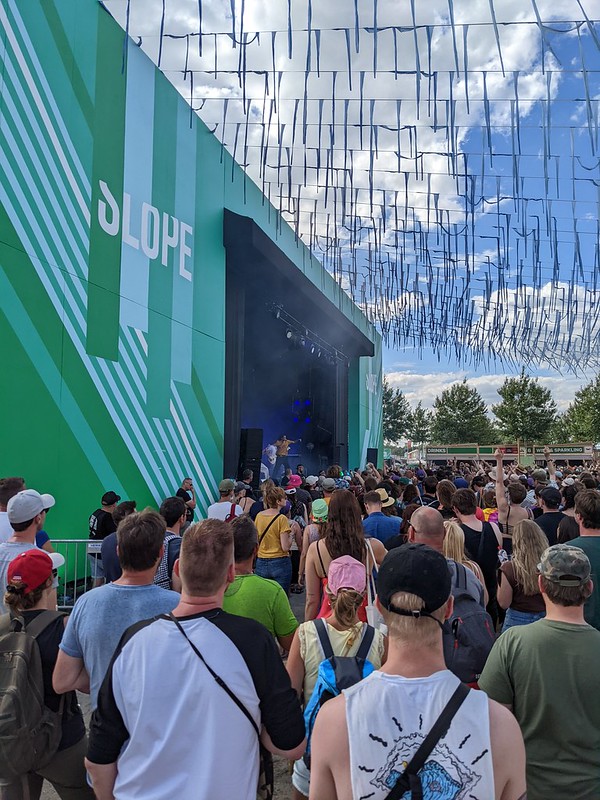 The slope stage gets it's name from the fact that it is under a man made slope, from the top of which the festival goers can get a better view of the area. 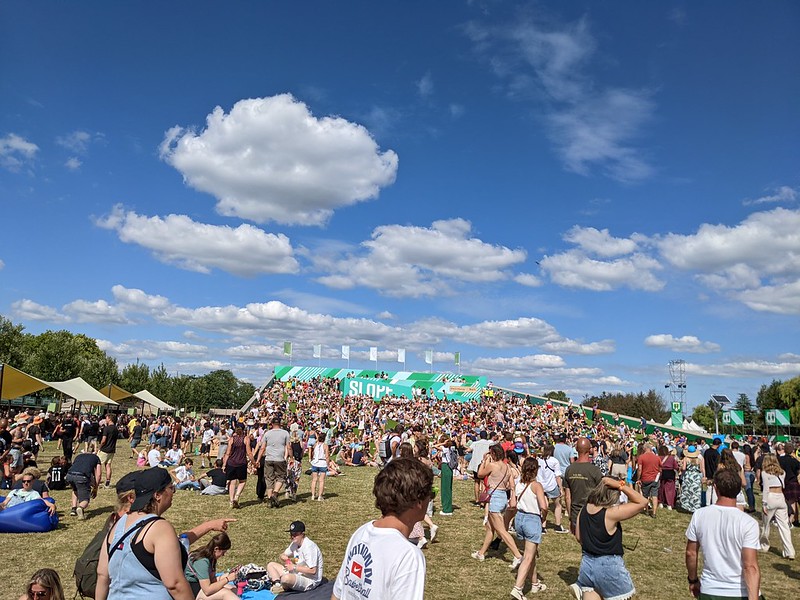 Then we headed over to the "Barn" stage to watch Phoebe Bridgers for a while. This stage was opposite the "Slope", just passed the "Klub C" stage, which we didn't end up going in. The "Barn" (as well as "Klub C") is an indoor stage, so we didn't feel like hanging around in there too long. But there was a nice outdoor area to follow the action in the "Barn". 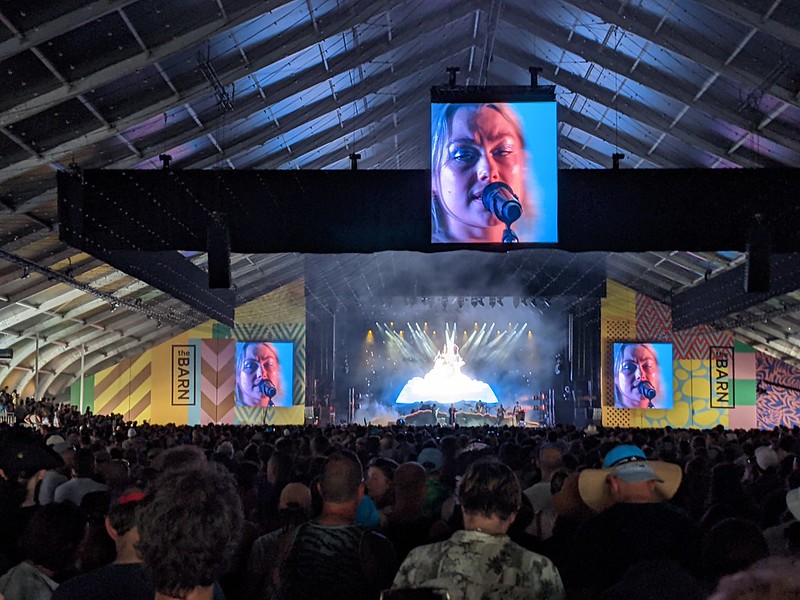 After that we ambled around the festival site a little more, before watching a few songs by Yungblud. 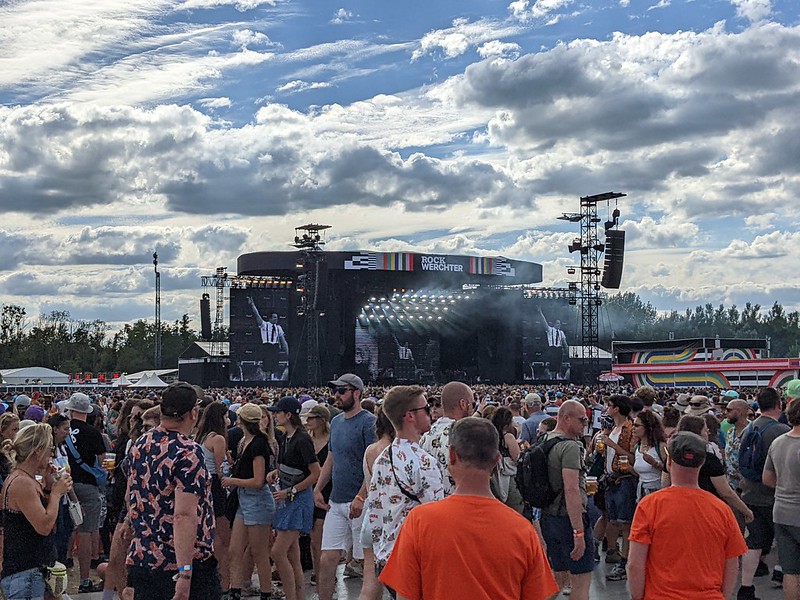 Whilst we returned to the "Barn" to watch LP, our kids headed off to watch Mother Mother at the "Slope". I headed over to see if I could find them, which was a pointless effort, but I listened to a couple of songs which were really quite good. 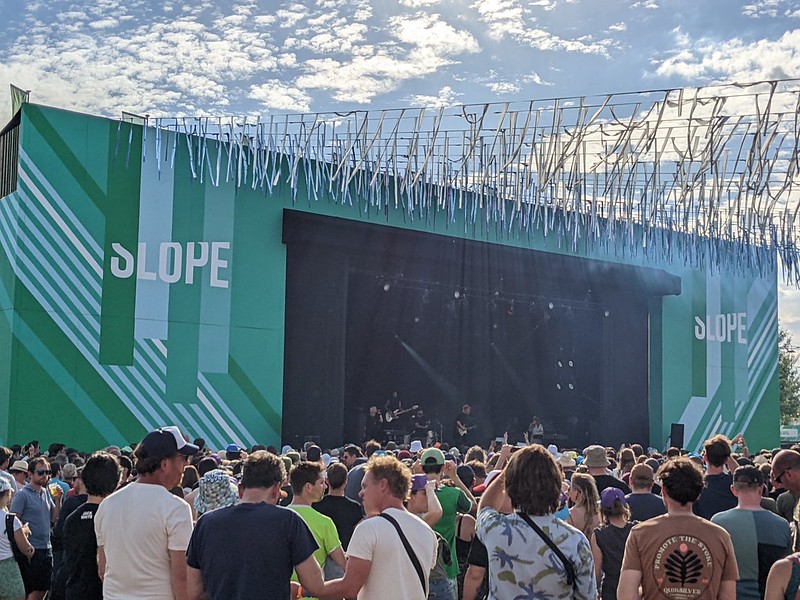 Next up, we watched LP on the screen outside the "Barn", sitting in the shade on this lovely warm day. The music was great and the atmosphere too. 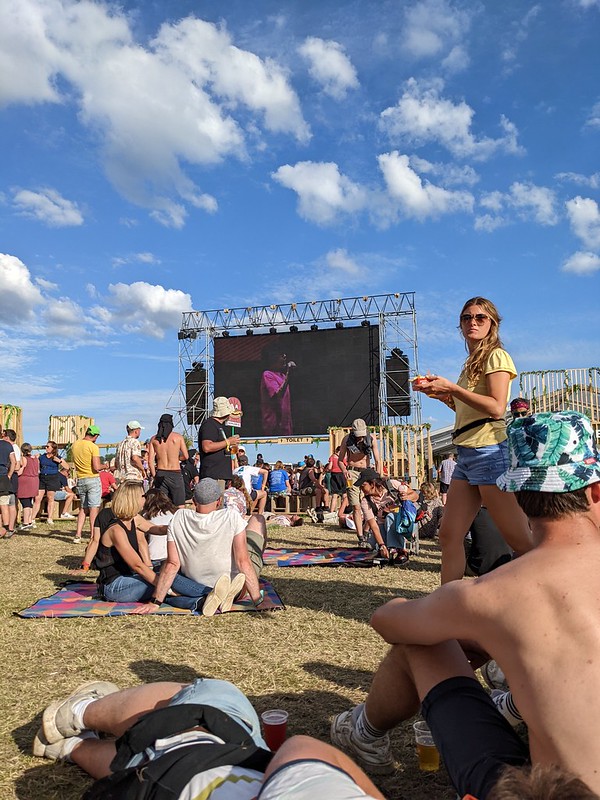 Then we headed over to the main stage to join our kids watching Anne Marie. They'd gone there early to stake out their space for Twenty One Pilots. We saw the last 20 minutes of her show, which was very nice. 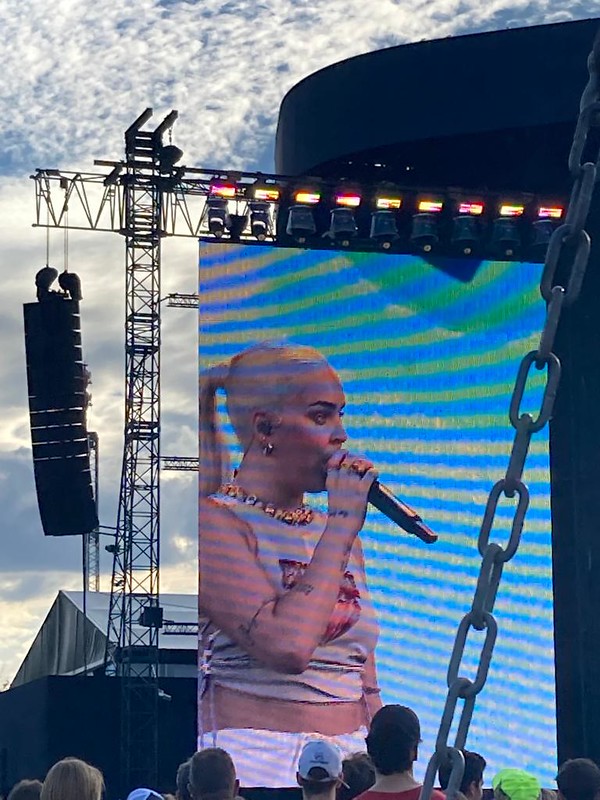 So then we hung around in front of the Main stage for an hour, until Twenty One Pilots were up at 9pm. The kids managed to get in to the separated bit right in front of the stage. It was a long wait, but we were not disappointed. They put on the best show of the night. Full of stunts, visuals and of course great songs. 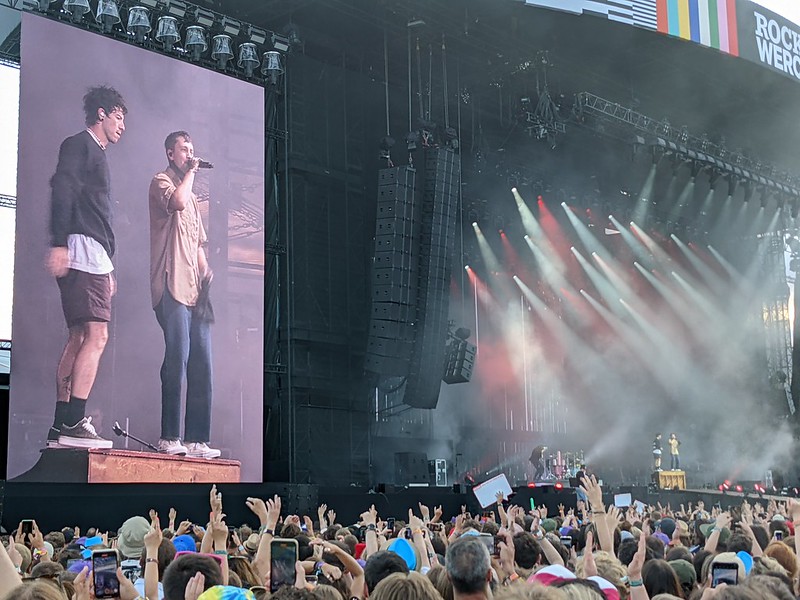 Wow, what a performance!

The headline act of the day were Imagine Dragons. After Twenty One Pilots, they had a really tough act to follow. But of course this is record breaking Imagine Dragons and follow it they did. What a great way to end the night! 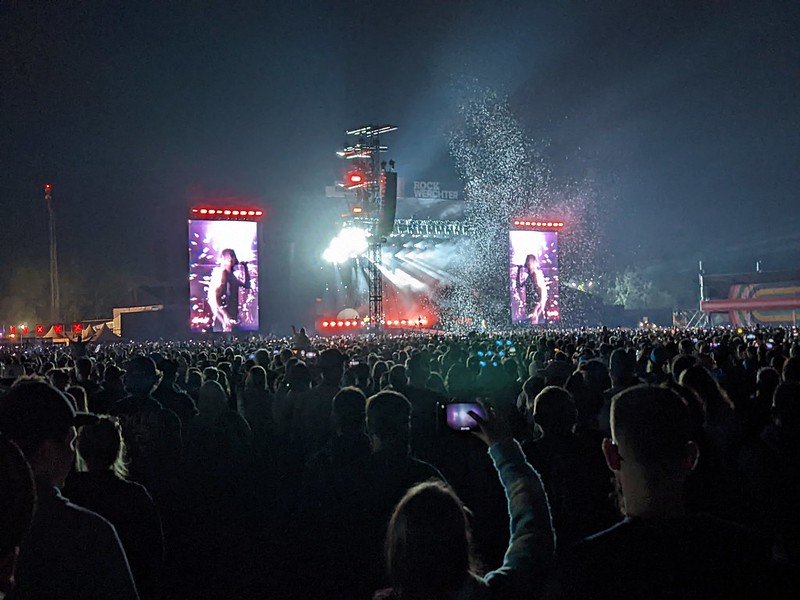